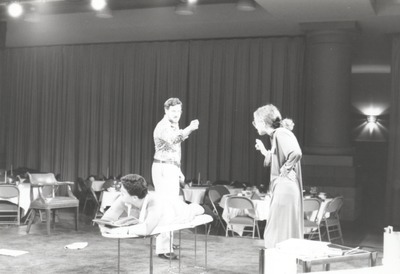 Performed: 11-20 July 1996; Bernard Slade's "Romantic Comedy" was part of JSU's "Taste of the Town" 1996 summer dinner theater. The story revolves around two comedy writers, Jason Carmichael and Phoebe Craddock, who are attracted to one another. The play was directed by Susan McCain. This item is contained within the Theatre & Film Production Archive.