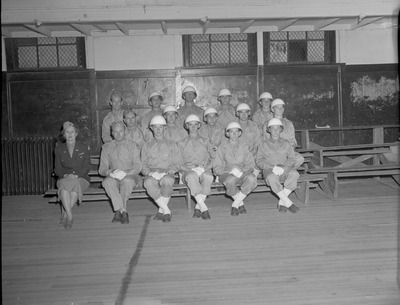 Archival images are tiffs scanned from the original material at 300 dpi. The file name is PSN1950civilairpatrol_00691.tif; file size is 1.4 MB. Original image is 4 by 5 on celluloid diacetate/triacetate film stock