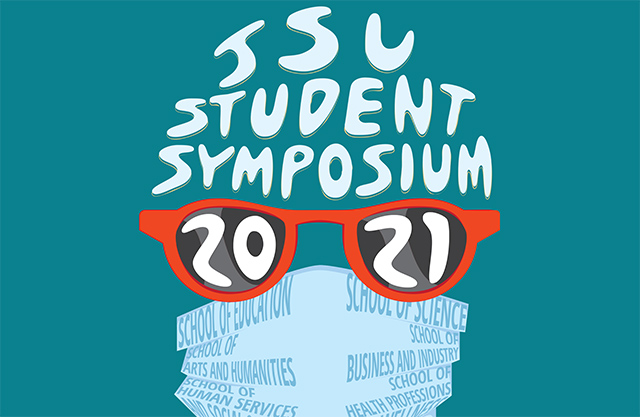 During the late 1970s, curious graffiti tags began appearing on walls in SoHo and the Lower East Side of NY, under the pseudonym, SAMO. Created by artists Jean-Michel Basquiat and Al Diaz, SAMO, an acronym for same ol’ shit, became a mouthpiece against the bourgeoisie of NYC. His artwork is rich with abstract figures, color, symbols, and type. While some critics have classified his work as juvenile and untrained, scholarship appears to offer a contemplative approach to Basquiat’s work. Many argue that the intellectual meaning behind Basquiat’s work was often over-looked and was instead oversimplified.

My thesis explains how Basquiat incorporated symbols in his artwork, which reference ancestry, exploitation, injustice, and slavery in order to connect his art with issues that were historically associated with the challenges that many African Americans faced. Secondly, I argue that Basquiat’s work used the past and present (as in his present time) in a way to address racial injustice by means of examining the journey of his subjects and their process of coming to be rather than the way they were presently viewed, a state of becoming. In order to present my argument, I focus on two paintings by Basquiat named Hollywood Africans, c.1983 and Charles the First, c.1982.

First, I describe how Basquiat used references in Hollywood Africans to convey some of the historical social issues connected to African Americans. Then, I discuss how scholars believe that the symbols featured in Charles the First can connect to African American ancestry and exploitation.

Next, I examine how Basquiat used the theme of how the past and the then-present conveyed a narration of escape in both Hollywood Africans and Charles the First.

Finally, my conclusion shows that scholarship appears to support an intentional use of symbols to connect the viewer to topics associated with culture. Additionally, scholars suggest that escape may have been a concept used to relate the past with the then-present in an effort tell the journey of racial confines can be overcome.