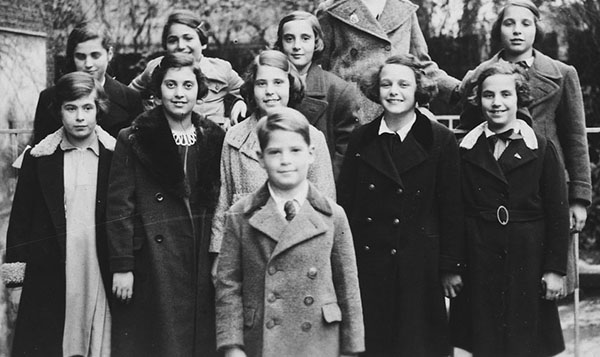 The 2021 Holocaust Remembrance was held virtually on 15 April. The keynote speaker was Ms. Ann Mollengarden, daughter of Holocaust survivor Dr. Robert May. Robert May was born in Germany in 1926. The May family had owned a dry goods store for several generations, and May's father was cantor at the local synagogue. But when Hitler came to power in 1933, anti-Semitism threatened the family business and forced Robert to leave school and stay with his aunt in Frankfurt. During Kristallnacht in 1938, Robert's school and synagogue were burned, and his aunt's apartment ransacked. A month later, Robert escaped Germany through the Kindertransport, a British program that allowed Jewish children under 17 to enter England, as long as they could support themselves. Robert's father and mother managed to join him in London two days before the war began, and the family emigrated to the U.S. in 1940. Robert's aunt, with whom he stayed in Frankfurt, and the uncle who sponsored his Kindertransport, both perished in Auschwitz.

The video for this program was born-digital; there is no physical medium.